Skip to content
A Play, a Pie and a Pint was founded in 2004 at Òran Mór and since then has commissioned and produced over 250 lunchtime plays.
Plays from Òran Mór have gone on to be seen all over Scotland and in England, Ireland, Sweden, Holland, Spain, Australia and the USA.
A Play, a Pie and a Pint is now the biggest producer of new drama in the UK and is currently co-producing new work with National Theatre of Scotland, Dundee Rep, Perth Theatre, Mull Theatre, the Traverse, Bewley's Theatre in Dublin, Bristol Tobacco Factory and Birmingham Rep.
A Play, a Pie and a Pint is interested in commissioning and programming high quality new drama of 45 - 50 minutes and presenting this work to as large an audience as possible both at Òran Mór in Glasgow and across Scotland, the UK and internationally through collaborations with other touring partners and venues. 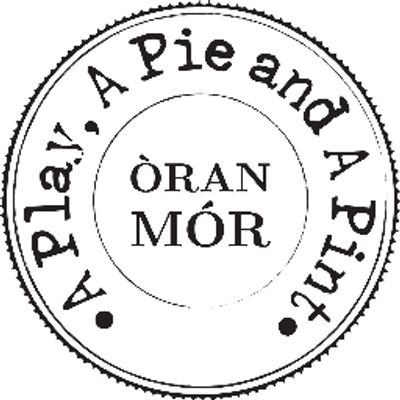